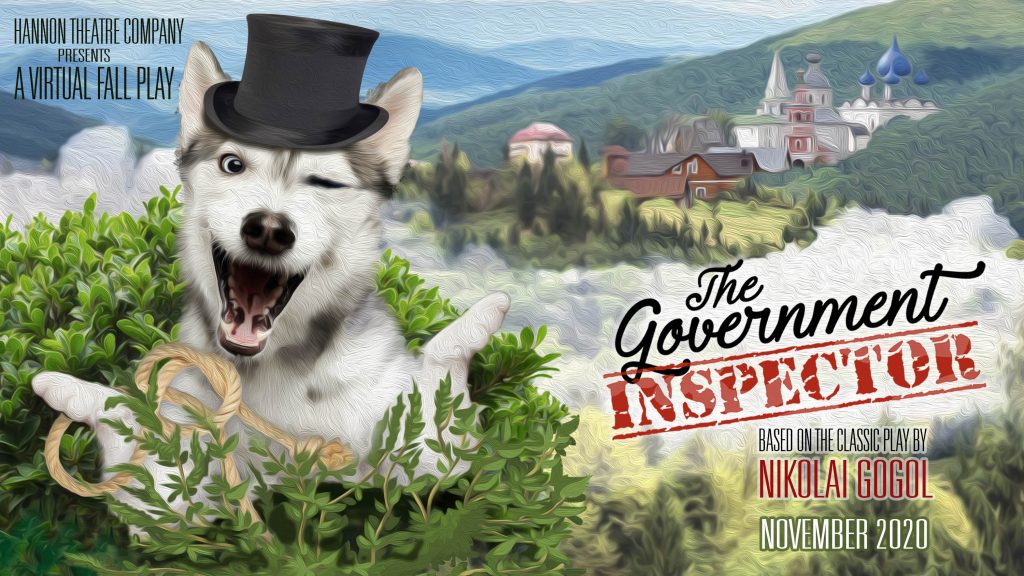 Necessity is the mother of invention, as they say. And to ensure Loyola continues its signature run of quality theatre productions during this challenging time, Hannon Theatre Company is going online.

Over the last several months, the HTC has adapted the classic 19th-century Russian farce, The Government Inspector for a modern audience… and it’s being told in a modern way! This new, brilliant adaptation will be presented in a series of six webisodes, released on YouTube in 2021.

Join us as the hilariously corrupt town of Kompostka comes alive in this one-of-a-kind, recorded performance. Filmed on a streaming platform in 20 different locations and edited by the production crew all over Los Angeles, every company member shines in this slapstick, pun-riddled, ridiculous story with timely overtones. You won’t want to miss out on all the fun!

And as a special added bonus, click here to watch the new trailer for the Play. For more information on the show and for fresh updates on release dates, visit the HTC website at www.hannontheatre.com.