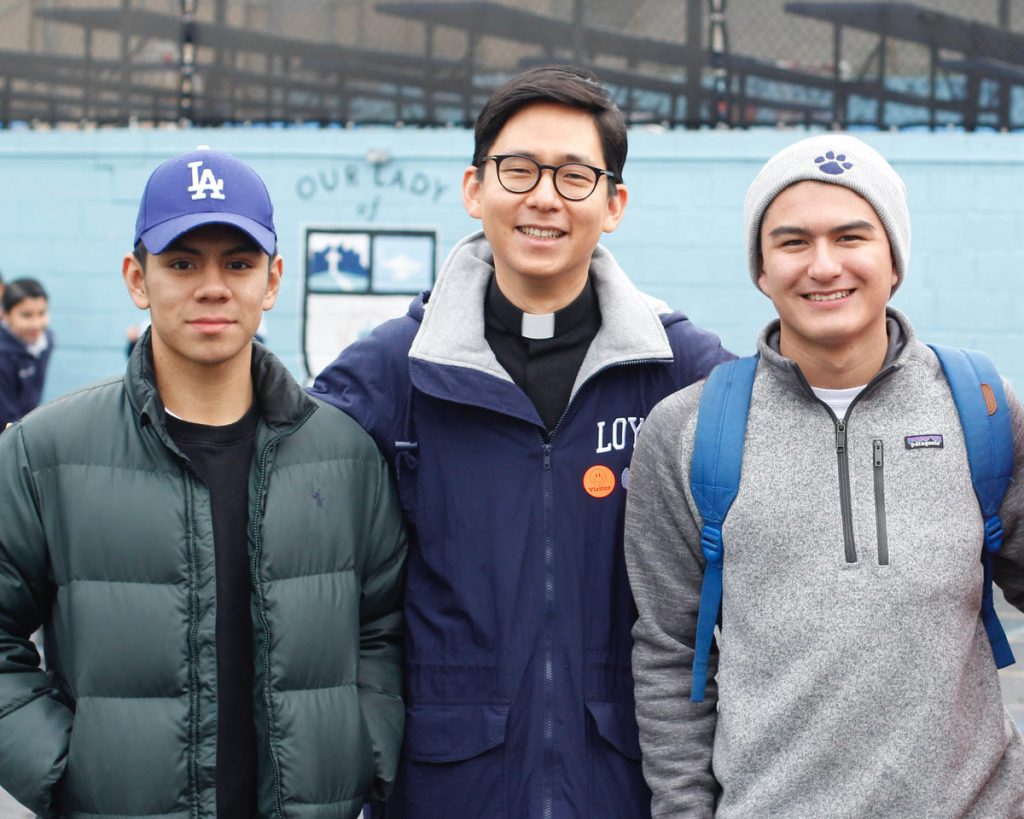 Mr. Dominic Chai, nSJ, a second-year Jesuit novice, recently arrived at Loyola for his “long experiment,” a Jesuit term for an extended ministry at an education apostolate. He will spend the next five months here as part of his preparation for taking his first vows in August.

During this time, Mr. Chai will be involved with Campus Ministry, Community Service as well as help in the formation of faculty and staff. As a former strategy professor and business executive, he will be sharing his knowledge and experience with Loyola’s junior and senior economics students.

Mr. Chai will also participate in Career Day, taking the students on the path that led him to his Jesuit vocation. While here, his hope is to immerse himself in what makes Loyola, Loyola and build lasting relationships with our community.