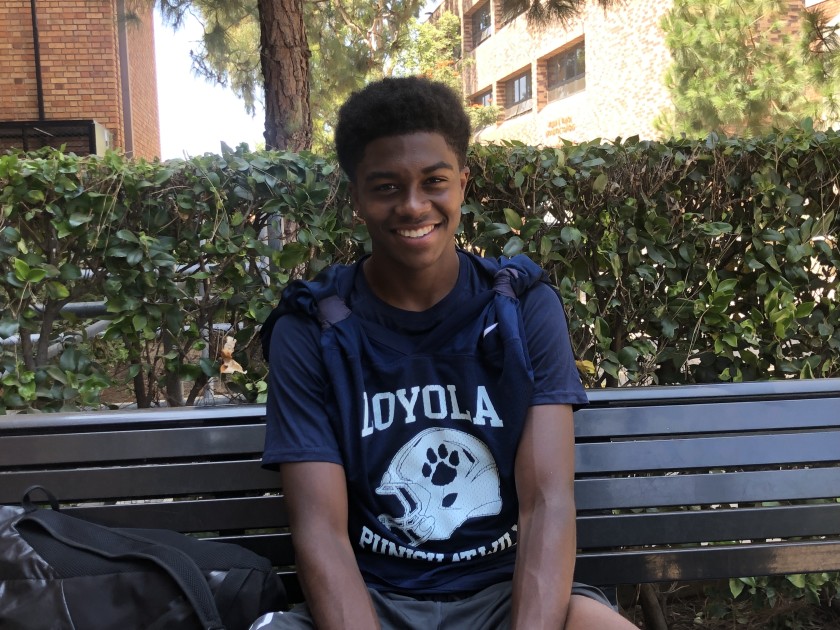 Rising junior Ceyair Wright ’21, a standout on the Cub Football team and member of Loyola’s State Championship winning 4x400m relay, made local headlines after it was announced that he was cast in the upcoming movie, Space Jam 2. Wright will be playing the son of NBA All-Star and current Los Angeles Lakers forward, LeBron James.

Wright, who has multiple Division I scholarship offers for football, had begun shooting the film and working on his basketball skills over the summer upon his casting. To read the full article in the Los Angeles Times by writer Eric Sondheimer, click here.