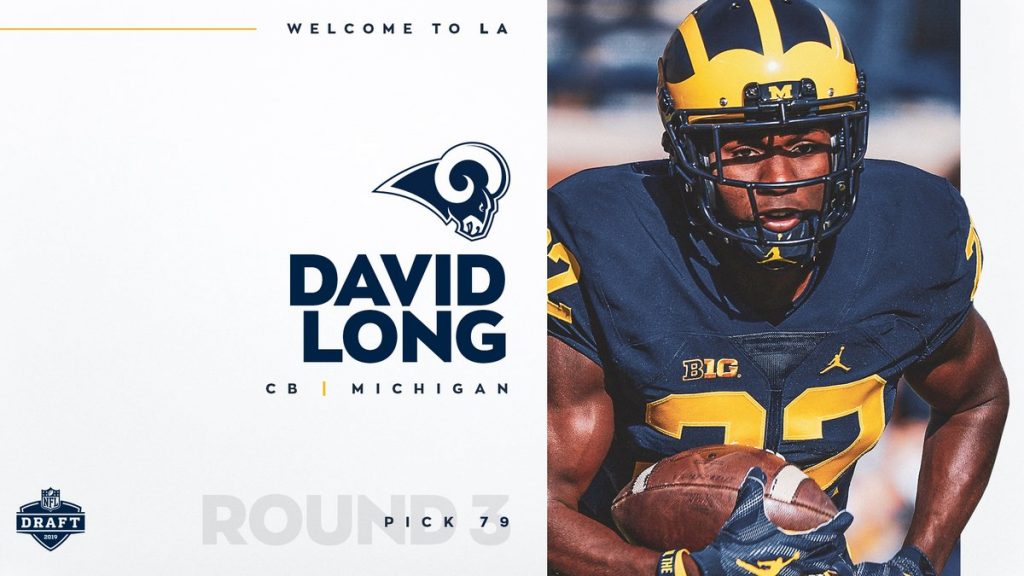 Loyola Football alum David Long ’16 was selected in the third round of the 2019 NFL Draft on April 26th, taken as the No. 79 overall pick by the Los Angeles Rams.

It will be a homecoming for the Pasadena native, who attended the University of Michigan and was an All-Big Ten First Team honoree at cornerback for the Wolverines. Long’s future NFL home in the Los Angeles Coliseum will be a mere three miles away from the Loyola campus. While playing for the Cubs, Long was an All-American, All-State and All-CIF selection.

Additionally, two other Cubs signed free agents contracts upon the conclusion of the 2019 NFL Draft: Chris Brown ’14 (USC) and Nico Evans ’14 (Wyoming). Brown, like Long, will stay close to home, signing an undrafted free agent contract with the Los Angeles Chargers. Evans will head across the country and enter camp with the Philadelphia Eagles. Both Brown and Evans were All-CIF players at Loyola before graduating in 2014.