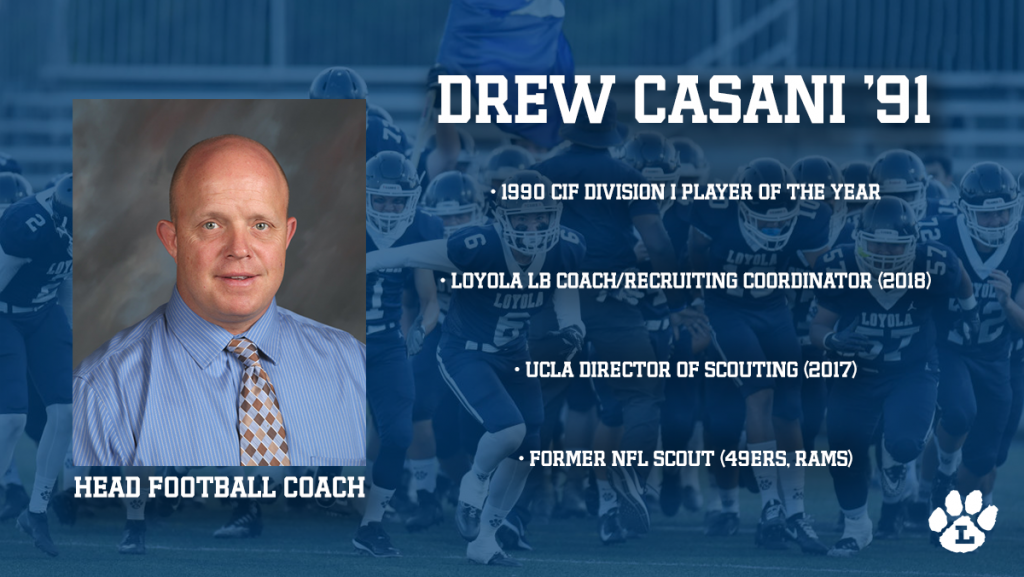 Drew Casani ’91 has been selected to lead Loyola’s storied varsity football program as its new head coach. Mr. Casani is succeeding Dr. Ricardo Pedroarias ’84 who recently stepped down due to personal reasons, but will continue working and teaching at Loyola.

Casani, the 1990 CIF Division I Player of the Year for the Cubs, previously served as the Director of Scouting at UCLA and spent time working as a scout in the NFL. He returned to the sidelines at his alma mater this past season, serving as Loyola’s linebacker coach and college recruiting coordinator.