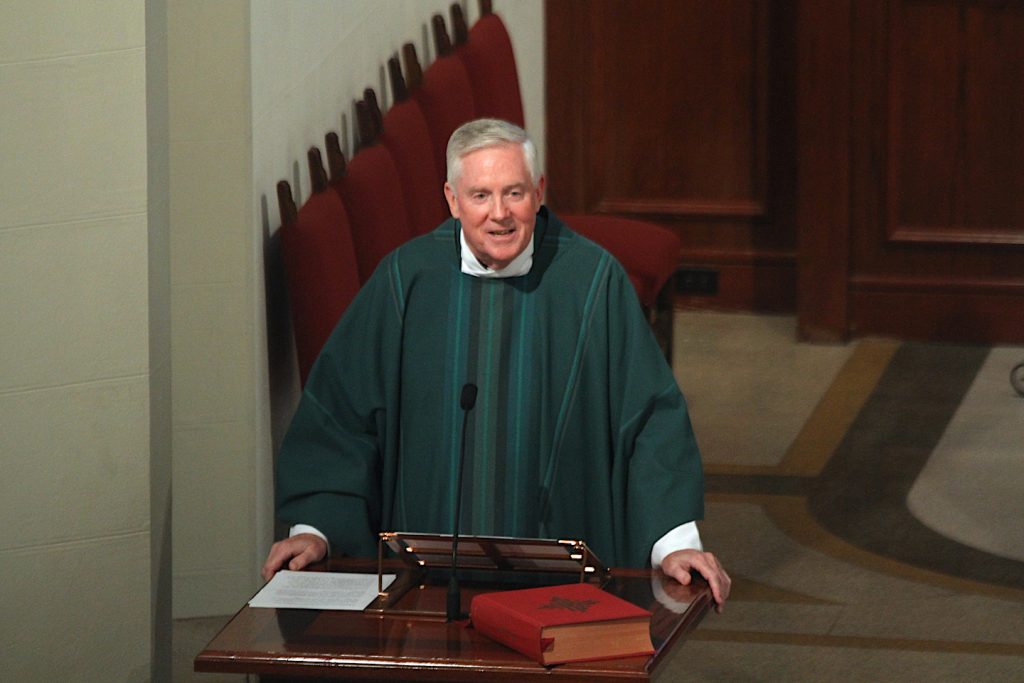 “Fr. Walsh fought his diagnosis of pancreatic cancer valiantly, and his strong will coupled with his strong faith in God kept him serene through it all. He was a true and great Jesuit––kind, compassionate and loving in ways that were always the perfect embodiment of the graces of the Spiritual Exercises of St. Ignatius,” said President Gregory M. Goethals, SJ ’73. “Robert was the coordinator of my ordination way back in 1988, and he worked very closely with me then to get it right. And he did, as he always worked with everyone to get all of the things that he did right. We have lost a great member of our Loyola community, and he will be very missed by all of us.”

For more than 30 years, Fr. Walsh was a leading figure in Jesuit education in the California Province, now known as Jesuits West. His commitment to the academic rigor and ministerial service of that Jesuit education helped to strengthen its effects in the schools in which he played a leading role––Loyola High School of Los Angeles, St. Ignatius College Prep of San Francisco and Loyola Marymount University (LMU).

Fr. Walsh served as principal and president of Loyola High School from June 1992 through June 2005 and as president of St. Ignatius College Prep in San Francisco from July 2006 to June 2012. At LMU, he became the executive director of the LMU Center for Catholic Education and then chancellor of the university in June 2018. As Fr. Walsh entered hospice in mid-June 2020, he stepped down as chancellor. He served on the board of the Catholic Education Foundation and several other education and non-profit boards in the Los Angeles area.

During his 13 years at Loyola as both principal and then president, Fr. Walsh maintained the school’s Jesuit identity, while expanding its ethnic diversity and female presence in teaching roles. Upon taking the helm as president in 1998, he instituted a strategic planning process that ultimately led to the Board-approved master plan. The master plan sought to ensure the school’s Jesuit heritage, enhance its excellence in academics, promote diversity, incorporate technology, develop a campus master plan and improve its financial stability. This six-pillar, long-range plan led to the launch of the $35-million comprehensive Campaign for Loyola, that ended garnering $110 million. This eight-year project was initiated under his presidency and ultimately, it transformed the campus, both physically and scholastically, with the addition of the William H. Hannon Science Hall and the Frank J. Ardolf, Jr. ’33 and Frances R. Ardolf Academic Hall in 2007. In addition, the Berendo Street property was acquired and 15th Street, which crossed through the Loyola campus, was closed to city traffic. Known for his pastoral qualities, he shepherded generations of Los Angeles families through the Jesuit high school.

A fifth-generation Californian, Fr. Walsh joined the Jesuits in 1968 after graduating from St. Ignatius Prep. He was ordained in 1980. Fr. Walsh earned his Master of Divinity degree, in theology and ministry, from the Jesuit School of Theology, and his master’s degree in private school administration from the University of San Francisco. He received his bachelor’s degree from Gonzaga University.