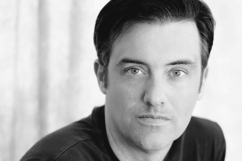 Liam Callanan ’86 was selected as the recipient of the 2017 George W. Hunt, SJ, Prize for Excellence in Journalism, Arts & Letters. The Hunt Prize, given by the trustees of America Media and Saint Thomas More Chapel & Center at Yale University, recognizes the finest literary work of Roman Catholic intelligence and imagination. An Associate Professor of English at the University of Wisconsin-Milwaukee, Mr. Callanan credits his years at Loyola for much of his success, adding that it’s his firm belief that this year’s Hunt Prize honors Loyola as well. For more on Mr. Callanan and the Hunt Prize, please click here »