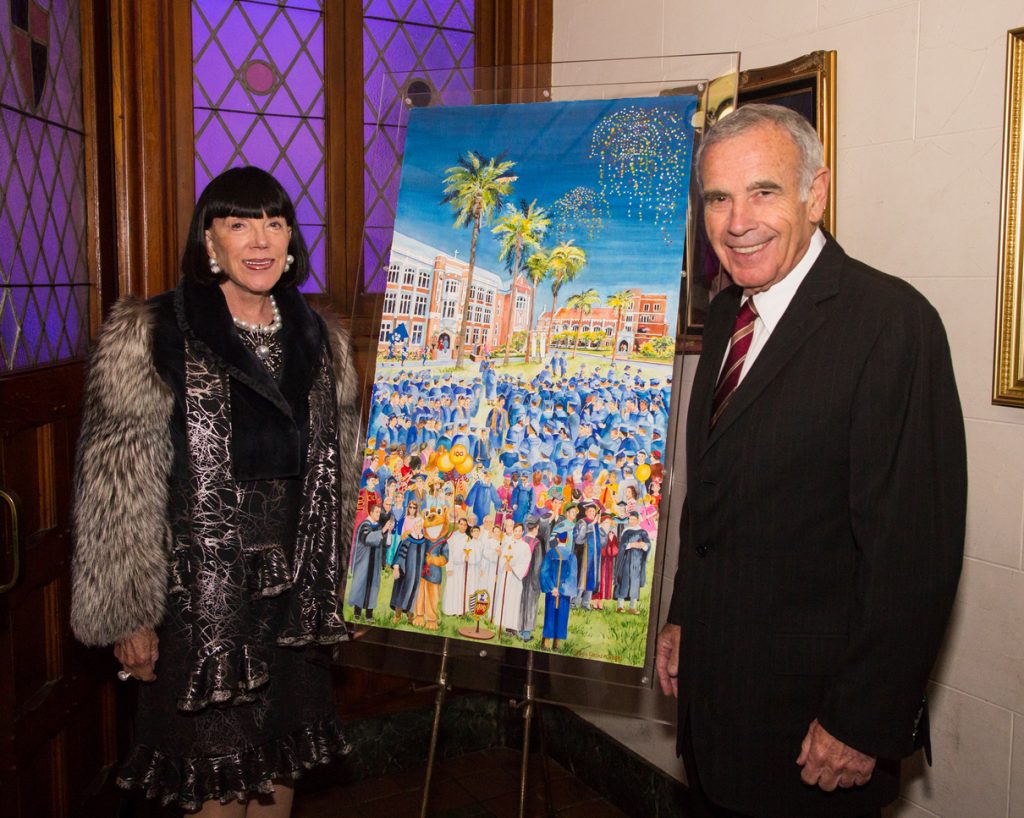 Gayle Garner Roski, renowned watercolorist and philanthropist, has passed away. The wife of Loyola High School alumnus Edward P. Roski, Jr. ’57, she was the mother of three children including Loyola Board member Reon Roski and the grandmother of Grant, Bryce and Austin, all class of 2016. She was a Los Angeles native and a University of Southern California graduate. USC dedicated its fine arts school in her name—the Gayle Garner Roski School of Art and Design.

To commemorate Loyola Hall’s 100th anniversary, Mrs. Roski thoughtfully created and generously gave Loyola the watercolor above where she is photographed with Mr. Roski ‘57 at the dedication ceremony. Using the 1917 iconic building as a backdrop, she meticulously painted many of Loyola’s faculty, administration, staff and students. It holds a place of honor, at the entrance to Clougherty Chapel.