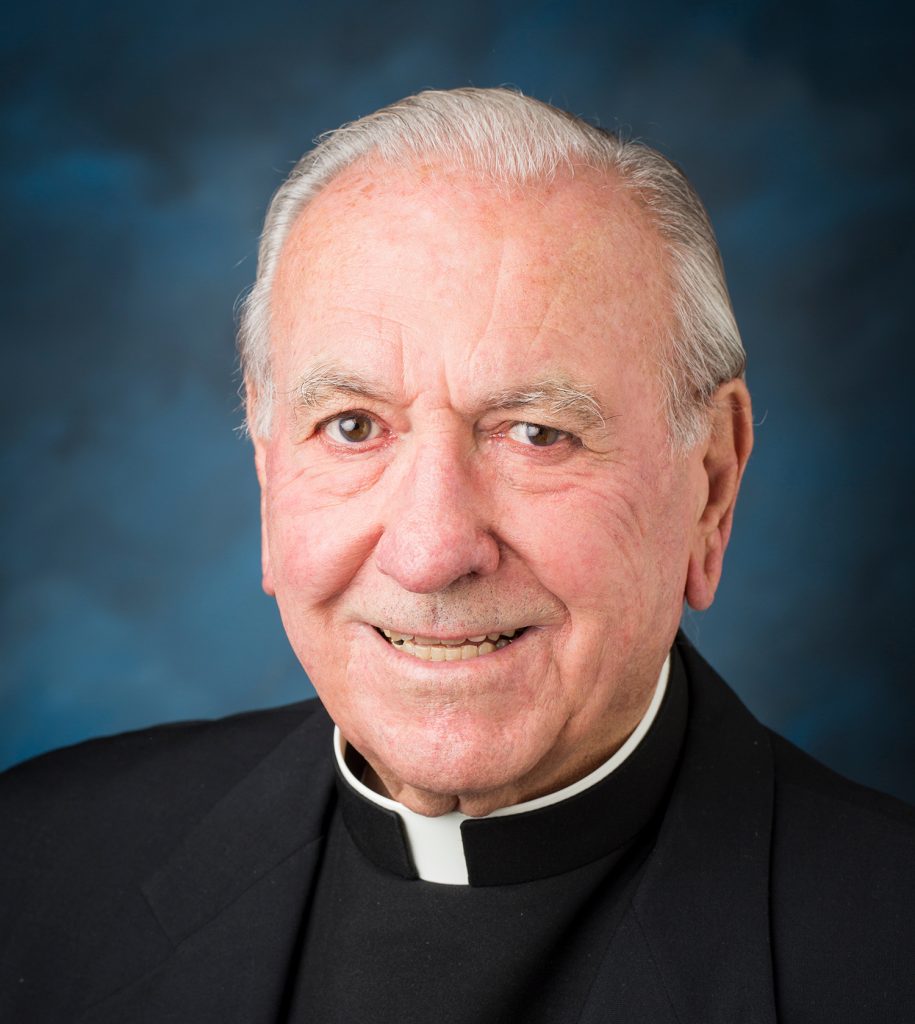 Fr. Cahalan’s bold vision was formed by his devotion to education and his deep faith. Historian, educator, administrator, and above all, Jesuit priest, Fr. Cahalan left an indelible impact on generations of high school and university students and their families. His landmark work as chancellor propelled LMU’s and Loyola High’s academic and physical growth.

His extraordinary work, spanning nearly three decades, tremendously enhanced the quality of Loyola’s educational program. St. Ignatius said, “For those who love, nothing is too difficult, especially when it is done for the love of our Lord Jesus Christ.” Fr. Cahalan exemplified this message with his tireless and successful quest to transform Loyola into a formidable 20th century institution. In 1973, Fr. Cahalan brought the Interchange auction program to Loyola, which continues to be the high school’s largest annual social event and the most important school fundraiser of the year, with all proceeds going to financial aid for students. While president, he also created the school’s first Development Council, and established the endowment.

A testament to Fr. Cahalan’s enduring contributions from his 27-year tenure is that the Loyola High School Alumni Association instituted the Cahalan Award in 2002, presented annually to outstanding alumni who embody the spirit of the magis. Fr. Cahalan received the Medallion of Merit, Friendly Sons of St. Patrick, Los Angeles; the President’s Award, the Medal of Saint Ignatius, the Cahalan Award and one that was especially dear to his heart, an honorary diploma from Loyola High School of Los Angeles; and Santa Claran of the Year, Santa Clara University Alumni Association, Los Angeles Chapter.

In 1997, Fr. Cahalan was named associate chancellor of Loyola Marymount University and in 2002 he was appointed chancellor. While at LMU, he fostered a culture of philanthropy. His fundraising prowess included establishing the Chancellor Scholarships to provide financial assistance to students from middle-income families who have attended Jesuit prep schools prior to coming to LMU. The program began in April 1999 when Fr. Cahalan approached William H. Hannon for financial support to establish the scholarship.

Renowned for his Los Angeles connections, in 2002-05 Fr. Cahalan, in his role as chancellor, spearheaded the “Building on the Past/Building for the Future” campaign, which helped launch the university into a period of robust growth.

Funeral services are pending and will be announced soon.