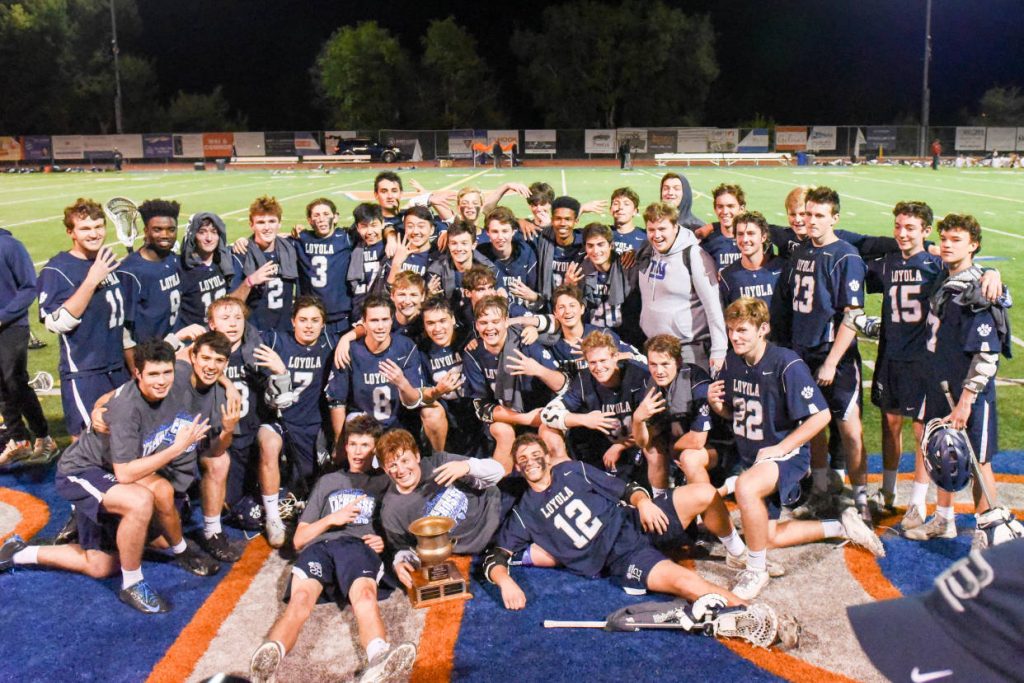 Loyola’s Varsity Lacrosse team captured its fourth consecutive US Lacrosse Northern Division Championship in dominating fashion on Wednesday, May 8 on the campus of Westlake HS in Thousand Oaks, defeating rival and top-seeded Palos Verdes in the final by a score of 12-6.

The No. 2-seeded Cubs avenged a 15-8 loss back on April 16th to the Seakings, outscoring Palos Verdes 7-2 in the second half on Wednesday night and shutting out the opponents in the fourth period entirely to claim a fourth consecutive Northern Division title. Loyola and Palos Verdes have battled for the crown in each of the last four years, with the Cubs coming out on top in all four meetings (2016, 2017, 2018, 2019).

Loyola would later go on to represent Los Angeles County in the US Lacrosse California State Southern Section Championship game for the fourth-straight year, falling to Orange Country representative St. Margaret’s Episcopal in Manhattan Beach. Still, the Cubs would end their season with a 16-8 overall record, a Mission League Tournament championship and a US Lacrosse Northern Division championship.