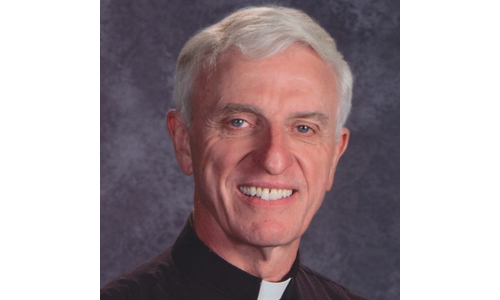 Father Michael J. Mandala, SJ passed away on Sunday after battling pancreatic cancer.  Until recently, Fr. Mandala was the president of Verbum Dei High School and resided at Loyola’s Ruppert Hall with his fellow Jesuits.

The Los Angeles native entered the Jesuit Novitiate in 1964 and was ordained a priest in 1977.  During his life as a Jesuit and an educator, Fr. Mandala taught math and physics at St. Ignatius College Preparatory in San Francisco and was a community organizer in Santa Ana and Oakland.  In addition, he was the provincial assistant for Social and Pastoral Ministries for the California Jesuits.  He also served as the pastor of Christ the King Church, San Diego and Blessed Sacrament Church, Hollywood.

Fr. Mandala will be deeply missed by those who were fortunate to know him, learn from his keen intellect and benefit from his very positive approach to life.