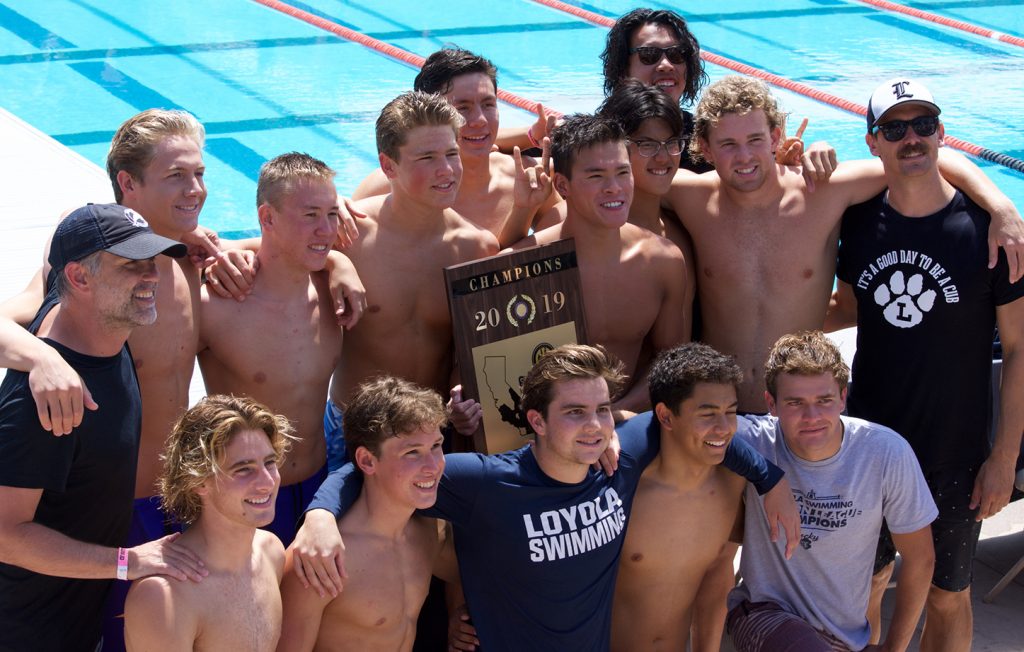 It was the final event of the meet—the 400 Freestyle Relay—that clinched the championship for the Cubs. The quartet of Connor Lee, Pernecky, freshman William Kim ’22 and the anchor McCrary became the first team in CIF history to break the three-minute mark in the 400 Free, posting a blistering time of 2:59.65 to win the race and qualify for both All-American status and the CIF State meet next weekend. The three seniors on that relay will all compete at the NCAA level in the fall, with McCrary and Lee bound to swim in the Ivy League at Penn and Yale, respectively, while Pernecky is headed to USC for water polo.

By meet’s end, Loyola posted a cumulative team score of 317 to finish more than 40 points ahead of runner-up Santa Margarita (274) and 70 points ahead of third-place finisher Harvard-Westlake (247).

Full meet results from the 2019 CIF Finals can be found here.

Congratulations to all of our AquaCubs!