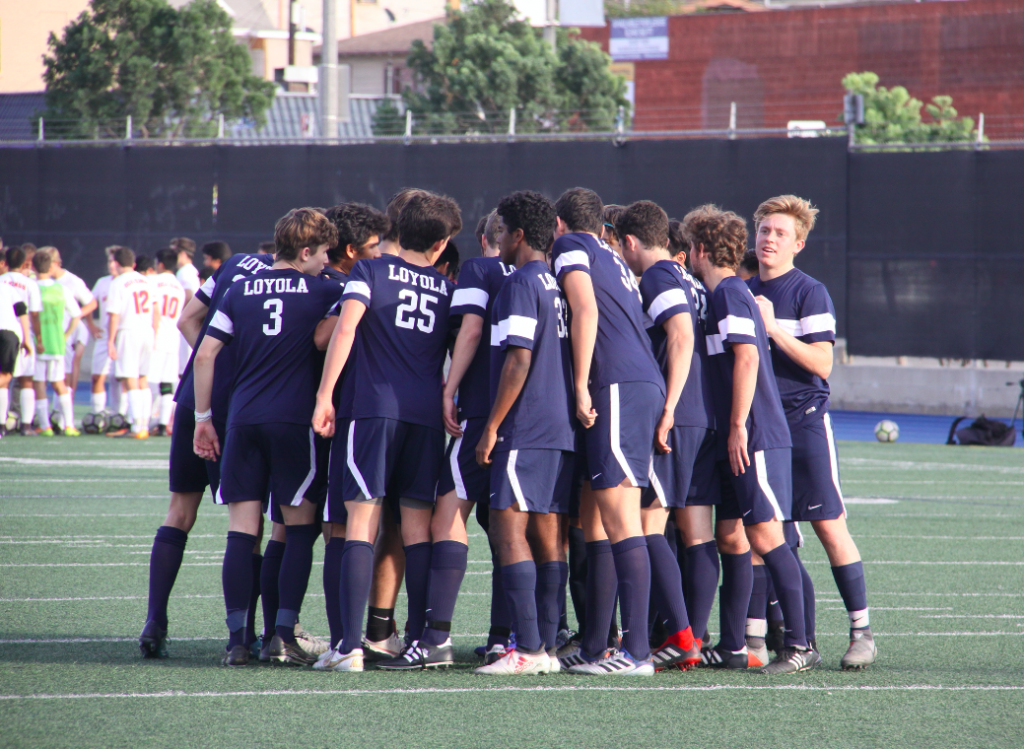 Varsity Soccer Ranked No. 1 in Nation

The Loyola Varsity Soccer team is now ranked No. 1 in the country, according to the latest national poll released by TopDrawerSoccer on Tuesday, Dec. 4.

After beginning the year ranked No. 2 nationally behind Montverde Academy (Montverde, FL), the Cubs overtook the top spot with a perfect 3-0-0 start to the season. Following closely behind Loyola in the poll is No. 2 Santa Barbara High School (Santa Barbara, CA) and fellow Jesuit institution No. 3 Brophy Prep (Phoenix, Ariz.). Though still early in the season, Loyola is one of five California teams ranked in the Top 10 according to TopDrawerSoccer.

A big weekend of competition looms for Head Coach Chris Walter and the Cubs as they partake in the prestigious NCAA College Cup Showcase in Santa Barbara. Top teams from across the country will compete at the highest level in front of college coaches at the Showcase, held in conjunction with the 2018 NCAA Men’s Soccer College Cup. Joining Loyola in the field will be Santa Barbara High School and Brophy Prep, among others.